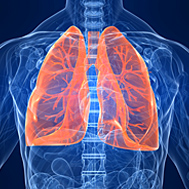 While it is crucial to keep improving our understanding of and expertise in dust management and disease prevention, the Working Group’s aim is to ensure that all former and current mine employees who have contracted occupational illnesses from their employment are adequately and timeously compensated.

Mining companies contribute certain amounts to an ODMWA-based compensation fund. The certification process, determination of impairment, and processing and payment of compensation are undertaken by the state.

Over several years the administration of the ODMWA fund deteriorated severely. The Working Group has worked closely with the current Compensation Commissioner to address this challenge. This is described in more detail below.

How is compensation currently governed?

ODMWA is more than 100 years old and was last amended in 1994. The Act provides compensation for OLD among current and former mineworkers and employees in controlled “works” only. ODMWA provides for post-mortem benefits for mineworkers if an OLD is found – even if it was not the cause of death. ODMWA pays lump sum benefits based on the level of impairment and does not make any further pension provision.

COIDA was promulgated in 1993. It covers occupational injuries and diseases in all industries, including those in the mining sector that are not covered by ODMWA – for example, noise-induced hearing loss (NIHL).

The operations of the Medical Bureau for Occupational Diseases (MBOD), established in terms of ODMWA, are a government function, although the funds distributed to eligible claimants are sourced from regular employer contributions.

In 2004, our companies initiated a dialogue, with the Department of Health and organised labour, aimed at improving access to compensation for former mineworkers. Out of that was established the multi-stakeholder Former Mineworker Project, which included a pilot programme being rolled out to assist rural hospitals develop the capacity to examine former mineworkers and assist them with compensation applications. The MBOD was part of that project, along with the NUM.

In addition, the Minerals Council has provided financial assistance to the MBOD/Compensation Commission for Occupational Diseases (CCOD) to set up ’one stop‘ occupational health services for former mineworkers in Mthatha, Kuruman and Carletonville. The companies involved in the OLD initiative also partnered with the MBOD to launch Project Ku-Riha.

What compensation do sufferers get?

The companies are seeking a comprehensive, fair and sustainable solution to the compensation challenges of OLD in South Africa for all concerned.

The companies are actively supporting the multi-stakeholder initiative being championed by Mineral Resources Deputy Minister Godfrey Oliphant to ensure that new employees are covered by the COIDA compensation fund.

The main reason we are supporting this change is that it provides a clean break with the past and ensures that all future employees will be compensated in terms of COIDA, which not only provides superior benefits to ODMWA but also includes an employer indemnity, in line with many other international statutory compensation schemes for occupational diseases. The COIDA fund, which is managed by Rand Mutual Assurance where mineworkers and certain others are concerned, has also been administered more effectively in recent times.

In addition, the settlement of the so-called ‘class action litigation’ will, subject to court approval and certain otgher processes, will ensure that past and present mineworkers will also be eligible for an additional payment from the planned Tshiamiso Trust settlement fund.

There are three legs to the compensation initiative: